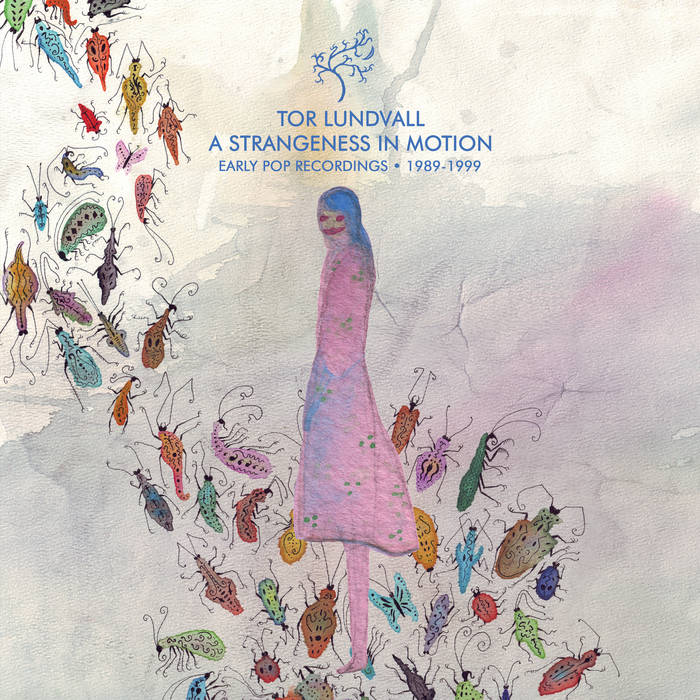 Jeff Dion There are not many synthpop albums that capture the sinister psychedelia of the 80s. This one does it just fine. I almost wish it were older than it is so I could have enjoyed it then.

Theron Trowbridge There are some real lovely tunes here, but "The Melting Hour" is especially enchanting - as if Joy Division had written "Airscape" instead of Robyn Hitchcock. Favorite track: The Melting Hour.

In Defence of Douglas

Rescued from old DAT tapes, A Strangeness In Motion: Early Pop Recordings 1989-1999 are some of Tor Lundvall’s earliest completed synth pop works which have remained unreleased until now.

“For years I dismissed these songs as naive and youthful relics, but I’ve grown much fonder of them in recent years along with the memories they evoke” Lundvall says of the decade spanning collection of tracks, many of which were sketched out in his synth pop duo with Drew Sullivan, After The Outing. “Original One”, “Procession Day”, “The Clearing”, and “The Melting Hour” are present here as solo reworkings, originally culled from his sessions with Sullivan. The remaining songs were ideas originally considered for Passing Through Alone (1997) and its proposed follow up, provisionally and playfully titled Femalamania.

“The title was summing up my girl problems at the time and also a silly word spin on Robyn Hitchcock's Fegmania!” Lundvall recollects. “Sadly, the project was abandoned—a rare decision for me and perhaps the only time I've scrapped an album entirely.”

Though Lundvall’s work throughout the collection has the recognizable ambient bones and sensibilities he has refined throughout his career, many of the tracks call back to the synth-driven pop of Orchestral Manoeuvres In The Dark, The Human League and New Order, with the common thread being the sparse density and mood created by reservation and the lonely impulse to twist convention, not to rip it up and repurpose it. Rather than 10 disparate ideas, Lundvall’s curation of A Strangeness In Motion: Early Pop Recordings 1989-1999 feels like excerpts from a broader work, allowing the listener to fill in the holes and ladder up to his larger themes and concepts, perhaps coloring his prior works in new hues and tones.

Featuring Plunky of Oneness of Juju and Coldcut & the Keleketla! crew.