by Tor Lundvall & John B. McLemore 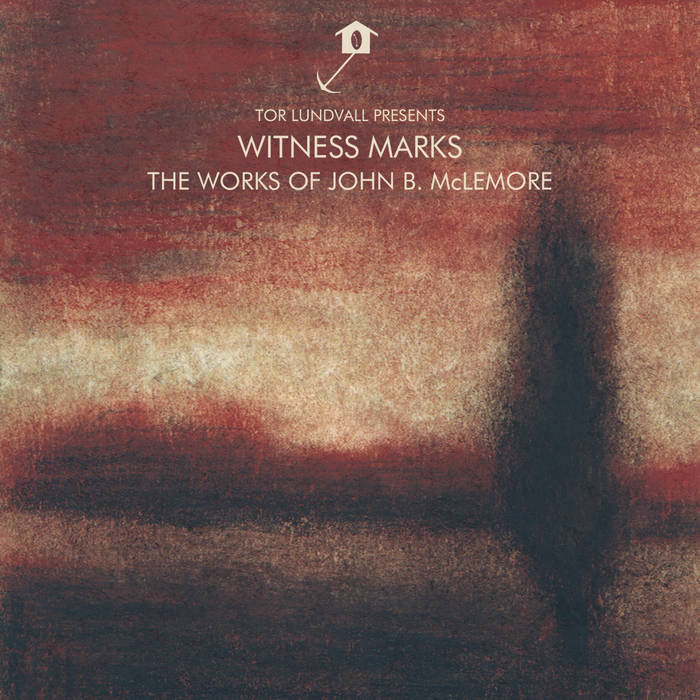 ORDER THE CD EDITION (With Bonus Track) at www.daisrecords.com

In September 2012, I received an e-mail from someone named John B. who said he had assembled a lengthy remix of my music, which also incorporated some of his own material. John asked if I'd mind if he posted this recording on YouTube, to which I agreed. He also mentioned that there was a second part to his mix that was "roughed out", but never completed. I was curious to hear both parts, so shortly afterwards, John mailed me two CDrs which I enjoyed very much. The recordings were hypnotic and haunting, evoking images of vast fields at twilight. I was especially fond of the second disc which had a darker atmosphere and featured more of John's original material, beginning with ghostly clock chimes and ending with a mysterious piece using dried seed pods and other cryptic sounds that slowly built-up into an intense, almost claustrophobic environment.

My correspondence with John lasted about two months. In one of his final e-mails, John said "I have to observe that your paintings seem to have a great deal of loneliness involved in them... even multiple characters seem to be together alone, so to speak... I really appreciate looking at your paintings as well as your music, I think I have connected with the spirit of them both as much as anyone can." He went on to discuss his struggles with depression, caring for his aging mom and his concerns about the future. I tried to encourage his music as a possible outlet, perhaps as a means to help transform his feelings of loneliness into a more content solitude. Always easy to say, but as I well know, not always easy to do.

In his last e-mail in late October 2012, John sent me a beautiful slideshow of his Fall flower beds and his dogs. I was touched and I told him how much watching his video had brightened my day. That was the last time I heard from him.

Last year, I visited John's YouTube channel to see if Part One of his mix was still posted, which it was, and still remains. I was shocked and saddened to read in the comments section that he had passed away. The comments also suggested that John had received some sort of national attention recently. This quickly led me to the S-Town podcast. Although I had mixed reactions after listening, I was thankful that S-Town shed more light on John and his remarkable life... but somehow, I just couldn't place the person in the podcast with the person I had corresponded with. Had I not listened to S-Town, I would have remembered John as a very private, somewhat dark and lonely person. He may have been these things, but there was obviously far more to him than that.

After finishing the final episode, I decided to play the second, unreleased CDr of John's recordings for the first time in years. Listening to his clock chimes ringing in the dark was an eerie and chilling moment. I was reminded of a line from my song "29" which says "I live with dreams and a lonely mind, my clock is set to a different time". I wondered what those lyrics might have meant to him.

John had mentioned that he wasn't satisfied with his final mix, but I felt his work was too special not to be heard. I hope that these recordings offer another glimpse into the creative mind of a unique, complex and gifted individual who tragically left this world all too early.

This is what was intended to be the second part of my Tor Lundvall Remix series. Unfortunately I am dissatisfied with it due to a few defects, and it is highly unlikely that I will ever be able to complete it. Still it serves as a testament to my interest in the work of Tor Lundvall that I made it this far. Defects are as follows: The first movement is too 'fussy', and the first section of the fifth movement seems a bit long and may bore the listener, but since it consisted of so many slow moving textures, I don't know how I could redo it and still achieve what I was wanting to accomplish. Additionally, this recording was done just days before my Father died, and there are many feelings of guilt associated with the time spent on it. If you are receiving this recording, either you are one of my better friends, or you are a great admirer of Tor Lundvall, and requested that I send it to you.

1st Part: Basically a track of me fiddling around with old clock bells, and air turbulence mixed with Tor Lundvall and Field Recordings of rain, birds, cicadas, frogs and such.

2nd Part: My interpretation of Lundvall's Dark Spring. This track was inspired by the music of Carl Michael von Hausswolff.

5th Part: Music performed entirely by me inspired by the Darker paintings of Tor Lundvall. Most of the instruments on this piece consisted of dried seed pods from the plant; Showy Rattlebox (Crotolaria Spectabilis), that I had collected and dried the previous Fall. There are other sounds from my own environment as well.

This mix was assembled in the Late Fall of 2003. There are some very Quiet passages in this piece, so it requires a nearly Isolated listening environment... It should be heard After Midnight, in the Late Fall of the year, and, not surprisingly, a Very Long Attention span is a Prerequisite.

If you like Tor Lundvall Presents: Witness Marks - The Works of John B. McLemore, you may also like: